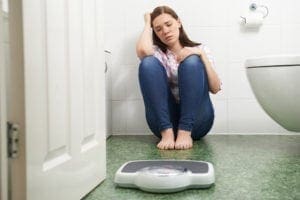 Are you or your loved one….

If you answered yes to these questions, an initial psychology consultation may be helpful in identifying and treating the problem.

The Many Faces of Eating Disorders

The stereotype of a person with an Eating Disorders has often been a heterosexual, young, white female. However, in reality, Eating Disorders affect people of all cultural backgrounds, genders, sexual orientations, and ages.

Treatment for eating disorders is not a “one-size-fits-all” program. Our psychologists view each individual as unique, and we take into account a combination of biological, psychological, and cultural factors when providing effective treatment.

Our licensed Psychologists provide counselling & psychotherapy for kids, teens, adults, and seniors presenting with a range of Eating Disorders and associated conditions, such as:

For children, parents are closely involved in the assessment and treatment process every step of the way.